The war. The battle. The temptation. The weakness.

The repair. The change of mind. Determination:

It takes a while. Reside in prayerful attitude.

It takes a while to journey,

For we reside so far from

I write this letter so that others will know you are still around.  Your buddies have done a pretty good job of convincing people that you don’t exist.  So I think it’s only fitting that I should send out notice.

Sometimes it takes me awhile, but I always seem to figure out whose vile thoughts plague my mind.  It’s you.

You are wicked beyond the human imagination.  And apparently you have no ability to bring pleasure to yourself.  Frankly, you’re nothing more than a vicarious vulture, just waiting for the desire for God to languish.

All this is fine.  The Living God has made contingency for you and for me.  It’s good to remind us that he is Hope in Jesus.  And somehow it makes me feel better to remind you that your end is destruction.

Have a hopeless day.

I have noticed that the more familiar I am with the righteousness of God, the more blatant the wickedness of this world appears.

And the more aware of God’s mercy I become, the easier it is to look past the profane.  It’s not as if I don’t see it any longer, but it’s more like I can more easily ignore it.  Like the man who constantly lives with a barrage of flies, you kinda get used to the irritation.

People can say what they want about Lot.  They can ridicule his choice of dwelling.  But I understand what was written about him; how his righteous soul was tormented, day and night, by the wickedness he saw all about him.

How I wish the American church would put away the soft soap gospel, and bring out the bar of lye.

The dog is an amazing creature.  No better friend on earth can be had than a faithful and obedient canine.   They are a great source of joy and comfort to their owner.  A well trained dog will do anything to please its master.

But a dog is a dog.  It will eat it’s own vomit.  Often the dog will even eat its own feces.

It cannot be trusted to make business deals.

It has no concept of a clean the floor or carpet.  You will never see a dog naturally wipe its feet before it comes in the house.

Its welfare must be constantly maintained.  And it requires a rather watchful eye over its habits.

Once it has developed a taste for blood, the dog is either to be destroyed or heavily restrained for the rest of its life.

Stray dogs are no companion for the children.  They are unpredictable and dangerous.

Most dogs have a hard time understanding friend or foe in regard to those who come to visit its master.

A dog will be loyal to its own detriment.  It can love with a fully open heart.  It’s always glad to see its master.  And the only time it makes any judgment regarding its master, is in the matter of food.

Think of all the things that dogs are by their very nature.  Then consider Man.

Look at all the things that men do.  Unless we are specifically trained by God, we have no stability or faithfulness within us.  Take all the things I have said about dogs and apply them to Man.

Christ has come to transform us from potential pets to brothers.

A brother understands the language of his father and siblings.  He is able to differentiate between the things of carnal behavior and those of responsibilities in the family.

It’s good to consider the following.  Have we allowed ourselves to become good and restrained pets?  Or have we sought the full transformation into the family of God as brothers of Christ?

Are we busily over coming sin by the power of Christ presence?  Or are we seeking release from the triggers that give temptation its strength?  Isn’t the latter like being placed on a leash?

I did not write this to shake the faith of anyone.  But consider what it would be if, instead of trying to be rid of temptation, we were to embrace the power of Christ to overcome it.  There’s a distinct difference between the brothers of the household and the pets.

There’s a great deal more to say about this.  What I’ve written is a good start.

If you are in Christ, your sins are like a corpse that lays exposed on the ground.  They are detestable and grotesque.  But they can do you no more harm than a dead body.  Turn away from them and do not fear them.

When temptations come, remember your release.  They are no more then a band of fog or a mist that comes before your eyes.  Pass through them they have no power over you anymore.

If you busy yourself with a love for Jesus, you will have victory over the things that used to defeat you.

The inverse of all these things is also true.  But we are not like those who, once released from bondage in Egypt, complained and desire to go back.  Instead, we are a new nation of peoples.  Our bodies will not litter the way to the promised land.  We will love him with all our heart and arrive set free.

Temptation is the Christian’s opportunity for glory. 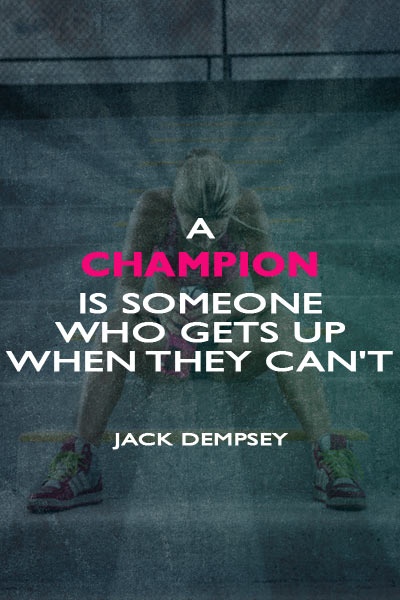 If you fall, get up in “The Faith” of Christ and try it again.

Consider it your opportunity to face the wild animals in the Colosseum.  Rise from the dust by the power of Christ!

Recent Posts: Words From There

The Beginning of the Last Days

Keep them all guessing. Feed the imagination with lies. See how they call it entertainment. Fantasy supersedes reality. Keep them busy with “nothing“, whilst they ignore the truth of God. Let them believe in aliens and watch men challenge restraints while they throw away the only truth there is. Let them ignore the only truth […]

The Definition of Sad

Black, gray, white. Monotone, color, light. This world cannot write any story from heaven. It can only speculate, suspicion, imagine, the things of God in Christ. You want to know what’s sad is? All the stories of this world will gather together before the throne of God. They will see the Christ of God and […]

Resolutions to change usually die on January 2. Well this is February 6. A resolution is not a state of mind, where by we make some empty pledge to become something. In that case, a resolution is no more than the job description of a hypocrite. A resolution is a commitment to a higher state […]

The process of becoming the Christian you want to be is to stop being the Christian you presently are. Think and choose. Remember and apply. Stop simply reacting to emotion. Stop staring at circumstances. The Spirit of Christ does not live in the flesh. He is in heaven and from heaven. Think Eternity. Look at […]

If we were nothing we would deserve it. If we suffered hideous disease for 80 years what claim do we have to anything else? But we are something, undeniably. By breathing we disrupt the air. By seeing, speaking, hearing, and the like, we aid in righteous judgment. It is impossible for someone to be nothing. […]

Without a vision the people perish. That is to say: unless someone shows the way, the opinions of man will crush us. Mankind is miserably vulnerable. Still, the imagination of Man writes stories of super people; people who overcome terror and destruction, rising to hero status. We desperately need someone to succeed where others have […]

Are you facing a fearful task? Try to remember how many you faced. Take notice that you’re still here. The only way to face something fearful is to move into it one step at a time. You won’t know how it turns out until you go through it. Face life with a joyful valor. What […]

Stubborn And Courageous Adventures Reflecting the Father's Heart to The People.